No blasphemy intended, but I'm not a fan of the secular Halloween holiday and celebration. The pagan roots, however, I find fascinating. As someone who grew up in the rural, agricultural middle west where the seasons of weather and work still determine much of the rhythm of life, I find a kinship with older harvest celebrations. 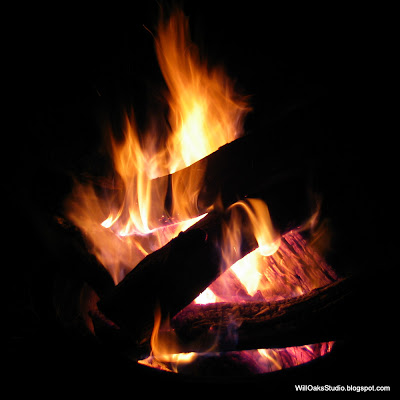 I did love running wild after dark on Halloween as a kid. I swear I would howl at the moon and felt the very near presence of spirits, so well explained in this Wikipedia description below, which I lifted from their pages. I stripped out the footnotes, but please follow this link for more depth to this lovely overview of the holiday (holy day.) 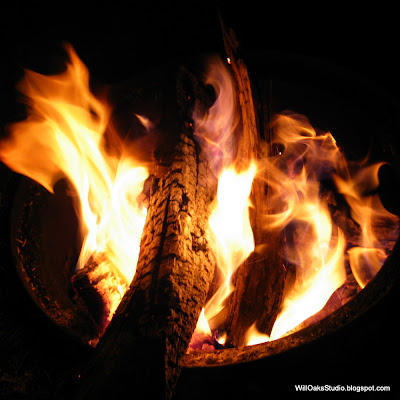 Samhain is a Gaelic festival held on October 31–November 1. The Irish name Samhain is derived from Old Irish and means roughly "summer's end" A harvest festival with ancient roots in Celtic polytheism, it was linked to festivals held around the same time in other Celtic cultures, and continued to be celebrated in late medieval times. Due to its date it became associated with the Christian festival All Saints' Day, and greatly influenced modern celebration of Halloween. 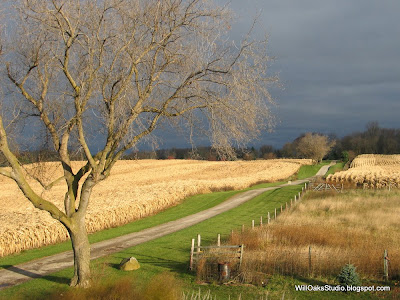 Samhain marked the end of the harvest, the end of the "lighter half" of the year and beginning of the "darker half". It was traditionally celebrated over the course of several days. Many scholars believe that it was the beginning of the Celtic year. It has some elements of a festival of the dead. The Gaels believed that the border between this world and the otherworld became thin on Samhain; because some animals and plants were dying, it thus allowed the dead to reach back through the veil that separated them from the living. Bonfires played a large part in the festivities. People and their livestock would often walk between two bonfires as a cleansing ritual, and the bones of slaughtered livestock were cast into its flames. 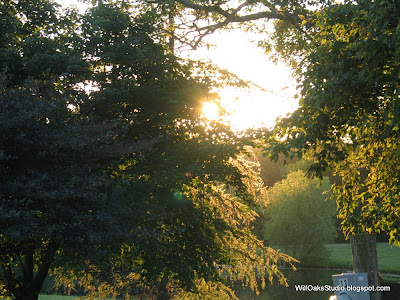 The Gaelic custom of wearing costumes and masks, was an attempt to copy the spirits or placate them. In Scotland the dead were impersonated by young men with masked, veiled or blackened faces, dressed in white. Samhnag — turnips which were hollowed-out and carved with faces to make lanterns — were also used to ward off harmful spirits. 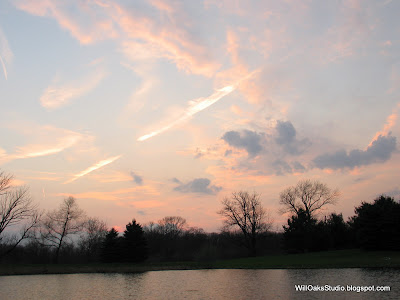 The Gaelic festival became associated with the Christian All Saints' Day and All Souls' Day, and has hugely influenced the secular customs now connected with Halloween, a name first attested in the 16th century as a Scottish shortening of the fullerAll-Hallows-Even. 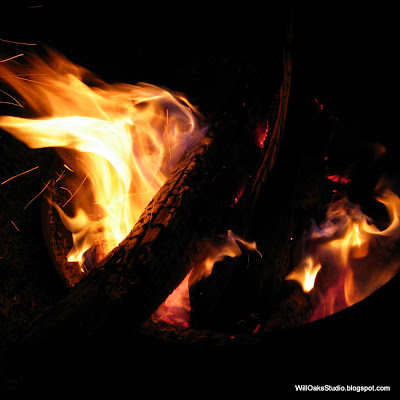 Samhain continues to be celebrated as a religious festival by some Neopagans. 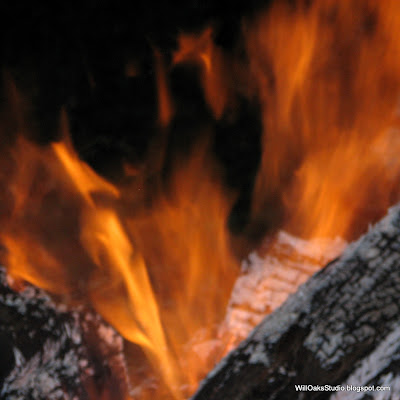 Please visit here for the source of my story reprinted here. It's been illustrated with my photos taken over time around the WillOaks Farm and Campground. Want to see more artists' Halloween blog celebrations? The master list for this Blogfire carnival will be posted here later on 10-28-10.

Enjoy your holiday! Celebrate the end of the season and the harvest. And don't eat too much candy!
Posted by WillOaks Studio at 12:12 AM

Wow, how interesting! I love learning about things like that as I have Irish heritage.

The photos are marvelous - Most Christian holidays are modeled after the holidays of older religions. If you can beat 'em join 'em! Christmas, Easter and All Saints/All Souls - all "Old" holidays.

Very interesting. Loved the presentation with your beautiful shots.

Wonderful post! I have never known the connections between the secular holiday and the old festivals.
Awesome photos too.

Nice to Meet You! 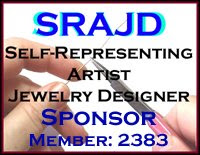 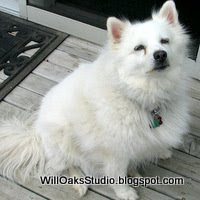 The Grandma of the House-RIP, Lady, We Miss You

The Kids of the House